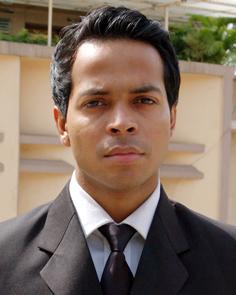 "If you really want something from your heart, the whole world conspires for that to happen." The above line from Paulo Coelho's 'The Alchemist' became the biggest source of inspiration for me and got me going for my CET preparation as well. The desire to study at JBIMS was simply overwhelming.

The biggest myth among MBA aspirants is that CET is the easiest exam of all and I was no different. But, when I went through the cut-offs for the past couple of years, the level of competition became quite clear. I realized that getting into JBIMS would be one of the most difficult things, specially, for an OMS category student like me. After solving a couple of mock papers, I got to know that the Verbal and Visual Reasoning section could be the challenges, as well as the differentiators, as they require a lot of reasoning and therefore time which is quite unaffordable in a speed based test like CET. The other areas like QA, VA & RC and DI & LR are pretty simple. Many people do well in these, so in order to have an edge, there is only one way - "You have to do them faster than OTHERS". I practiced a lot to master simple mathematical operations like multiplications, divisions, calculating percentages, etc. The aim was to reach a level where I should be able to do complex calculations mentally. For example, one should be able to multiply 243 by 26 verbally and no, I am not talking about Vedic Maths here, which is quite a fad nowadays.

Another area that I emphasize a lot is VOCABULARY. Almost 10-12 questions based on direct usage of words are a regular feature in the CET. Questions based on sentence correction or filling the blanks requires only a basic understanding of grammar; so once again, in order to have an edge in verbal, one must have a good vocabulary. According to me, reading the editorial page of any standard newspaper regularly is the easiest way to do this. Look up the meanings of new words in the dictionary and try to use them in your regular conversation.

After working on the fundamentals, I concentrated a lot on practice papers. I took around 25 mock tests before the actual exam. My strategy for a paper had always been the same. I would solve cluster based questions first, the idea being reading one paragraph for 4-5 questions. My target used to be a minimum of 120 questions in the first 90 minutes. Overall, I was pretty confident on the day of CET. After getting the paper, I spent 2 minutes scanning it and realized that it was very easy and the cut offs would be sky high this time, as it indeed turned out to be. I set a target of 170 out of 200 for me. I attempted 100 questions in the first 55 minutes. Overall, I attempted 185-188 questions and ended up with a score of 165 which was All India third highest in CET - 2008. However if there is one thing that I could change about my preparation, it would be Visual reasoning. I should have practiced more of those. In the end, on a parting note I would like to say that an aspirant is as strong as his/her aspirations. If your desire is really strong, you will find a way to fulfil it.